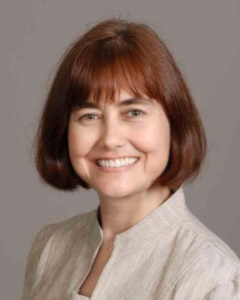 Vita Alligood joined Yokefellow Prison Ministry of N.C., Inc. in October 2017 as Executive Director. She has a law degree from Duke University and a Master of Arts in Christian Ministry, Discipleship & Church Ministry cognate, from Liberty University. Vita came to Yokefellow after a career in Corporate America, where she worked as a technical writer, instructional designer, and online college instructor. She has a long history of volunteerism with nonprofits, including Tabitha Ministry, Helpline of Durham, North Carolina’s Guardian ad Litem program, and Erwin Montessori Elementary School, where she was awarded Guilford County School’s Volunteer of the Month. Vita served on the Board of Directors for two nonprofits providing online support for adult survivors of child abuse: Isurvive and Lori’s Song. She also led Bible studies through her local church for 14 years. Contact Vita Alligood at yokefellowprisonministrync@gmail.com or 336-724-9801. 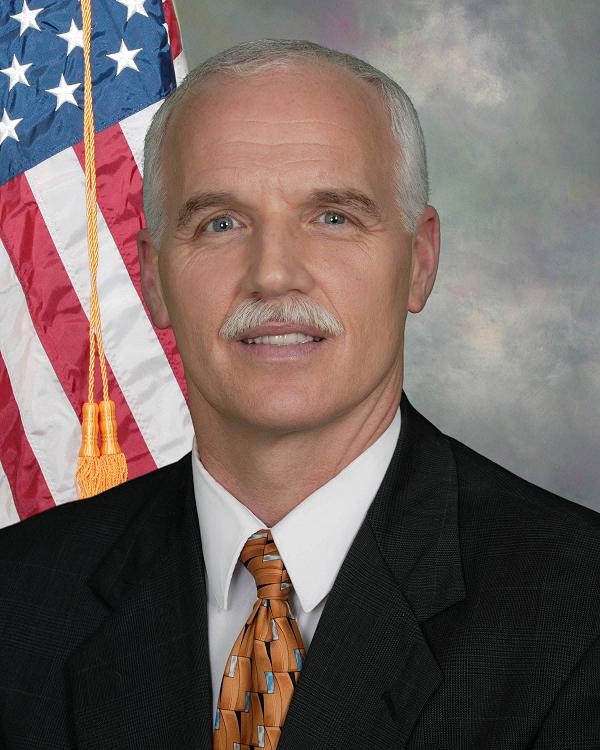 Carlton Gooding is Yokefellow’s State Developer.  Carlton was raised in a Christian, Bible-centered home in Kinston, North Carolina.  His parents were simple, hard working people who focused their lives on worship and service to God and His church.  His mother’s patience and his father’s steadfastness in the Christian faith, along with other devout teachers and people who nurtured him in the Christian faith, helped set the path for his own life and ministry.

When Carlton responded to Christ’s invitation in a personal way, he was baptized in the First Baptist Church of Kinston, North Carolina, where his faith was nurtured, and he later sensed a calling to ordained ministry as his life’s vocation.  His family and church have always had a profound influence on his life.  The things He treasures most are the love of his own family, his wife and six children, the ministry, and the pastoral care God has called him to within the church.

Out of his love of family, including the family of God, his desire is to continue in ministry beyond his 25 years of experience as a Chaplain, Retired, (LTC) in the Army Reserve Component,  20+ years of experience as a Federal Prison Chaplain, in 5 different institutions throughout the United States and pastoring in NC, WVU, and MD.  His desire is to continue serving God in ministry, using his spiritual gifts and diverse ministry experiences to nurture others in God’s care.

He loves God’s Word and God’s people, wherever they may be in life’s circumstances, and is grateful to serve in this capacity, yoked with other believers in Christ.  Contact Carlton Gooding at yokefellownc.statedeveloper@gmail.com  or 336-740-0392. 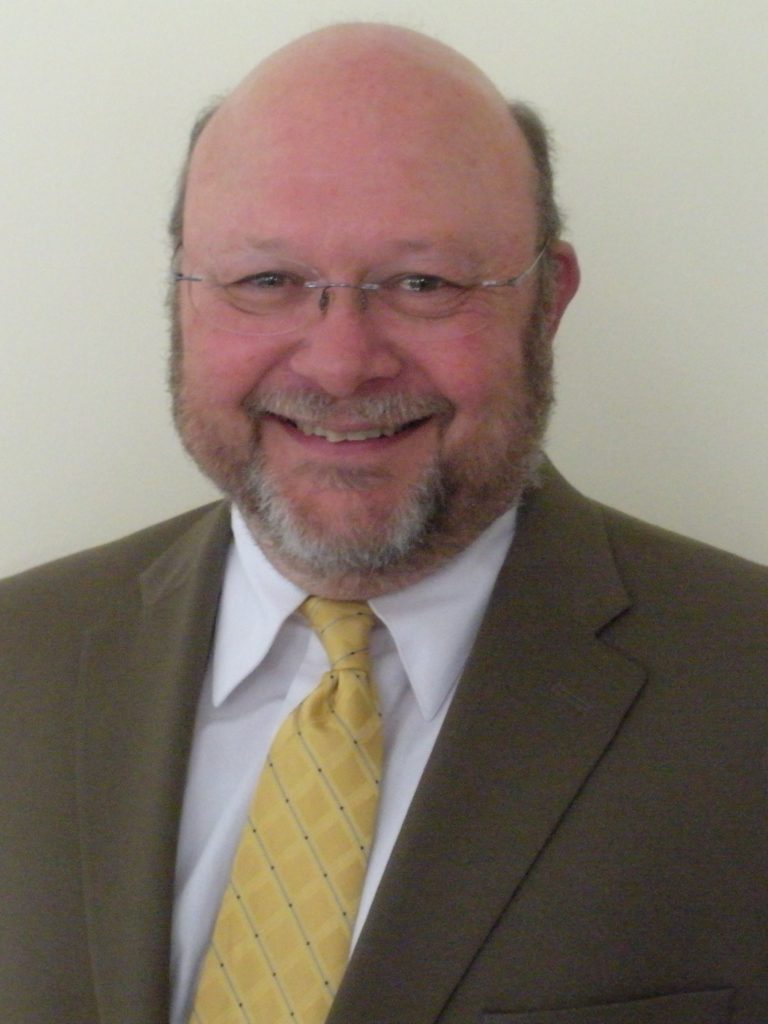 David Morton, President of the Board for Yokefellow Prison Ministry of North Carolina, had a career with the U.S. Federal Bureau of Prisons and the N.C. Department of Correction that provided experiences in program creation, development, oversight and management of prison programming and re-entry. In the roles of chaplain and administrator, David developed and managed ministries to address the religious, emotional, and physical needs of many disenfranchised people.

Prior to his retirement from the Bureau of Prisons in 2012, David was responsible for national-level faith-based programs and multi-faith restorative/re-entry programs. He supervised administrative chaplains and non-chaplaincy staff in locations across the U.S., and he managed a program serving 200,000+ inmates.  David managed a nationwide mentoring program for ex-offenders, a program that was created for the Bureau of Prisons in response to the great need for aftercare and mentoring for inmates reconnecting with the community. This program also included elements to address the needs of families and communities receiving the re-entering inmate. 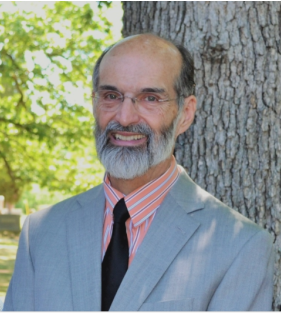 W. Leon Morrow is a member of the Yokefellow Board of Directors.  He is a United Methodist Church Pastor (Elder) appointed to Hickory Grove United Methodist Church (UMC) in Greensboro. Previously, he was appointed to Whitnel UMC in Lenoir for 6 years and to Gilkey UMC in Rutherfordton for 6 years.  Before being called into ministry, he worked for the NC Division of Prisons for 27 years in several capacities, including Staff Psychologist and Superintendent of Western Youth Institution (as well as brief stints as a correctional officer and as a program supervisor). He taught a variety of Criminal Justice Courses for Western Piedmont Community College while working with the prison system.  Leon served on three Epiphany teams (“Kairos” for younger inmates).  He also wrote a yearlong series of monthly columns for the Charlotte Observer Newspaper, including one advocating for higher salaries for Correctional Officers. 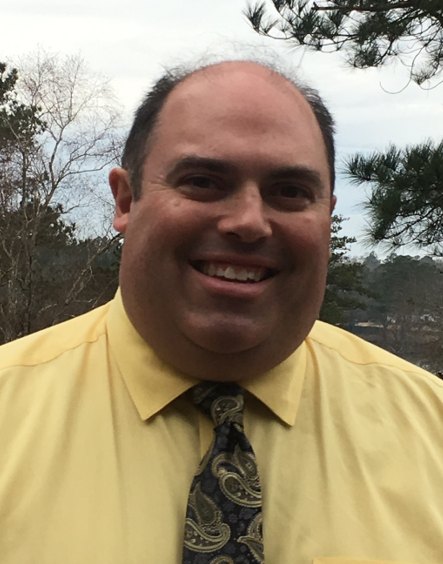 Kyle Fishbaugh began his prison ministry serving as a Yokefellow volunteer in August of 2015 and joined as a Board Member later that same year. From his first Yokefellow meeting with offenders at Scotland Correctional, he observed God’s calling in his life to minister to offenders on a full-time basis. Kyle currently serves as a chaplain for the NC Division of Prisons. As a Yokefellow Board member, Kyle enjoys working with other volunteers, churches, and re-entry personnel throughout the state, educating men and women about the benefits and blessings of Yokefellow Prison Ministry. Once involved, it is awesome to see the impact this ministry has on the lives of each offender and volunteer who is willing to look past the uninviting barbed wire and fence line and witness God’s love in action.

Gary Cagle is a banker with Fidelity Bank in Winston-Salem, North Carolina.  Originally from Lexington, NC, Gary is a graduate of Wake Forest University where he majored in analytical finance with a minor in communication.  He spent four years with Fidelity Bank in the Raleigh area before returning to the Triad in 2008 as Vice President and Business Development Officer in Winston-Salem.

Gary joined Yokefellow Prison Ministry of North Carolina in early 2015 as Treasurer and has served in that capacity since that time. 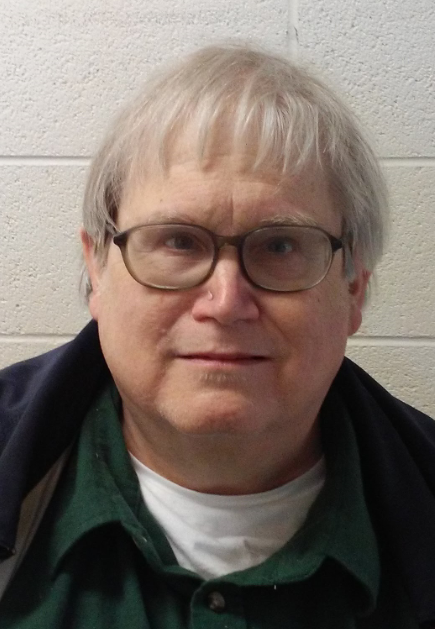 Ken Ripley joined the Board of Directors in 1992 because of his interest with prison ministry and involvement at Nash Correctional Institution. He is the Editor Publisher Emeritus of the Spring Hope Enterprise, having retired after 43 years. He is also a certified lay minister in the North Carolina Conference of the United Methodist Church and serves on the Restorative Justice and Mercy Commission (RJAMM).

Board Members at Large 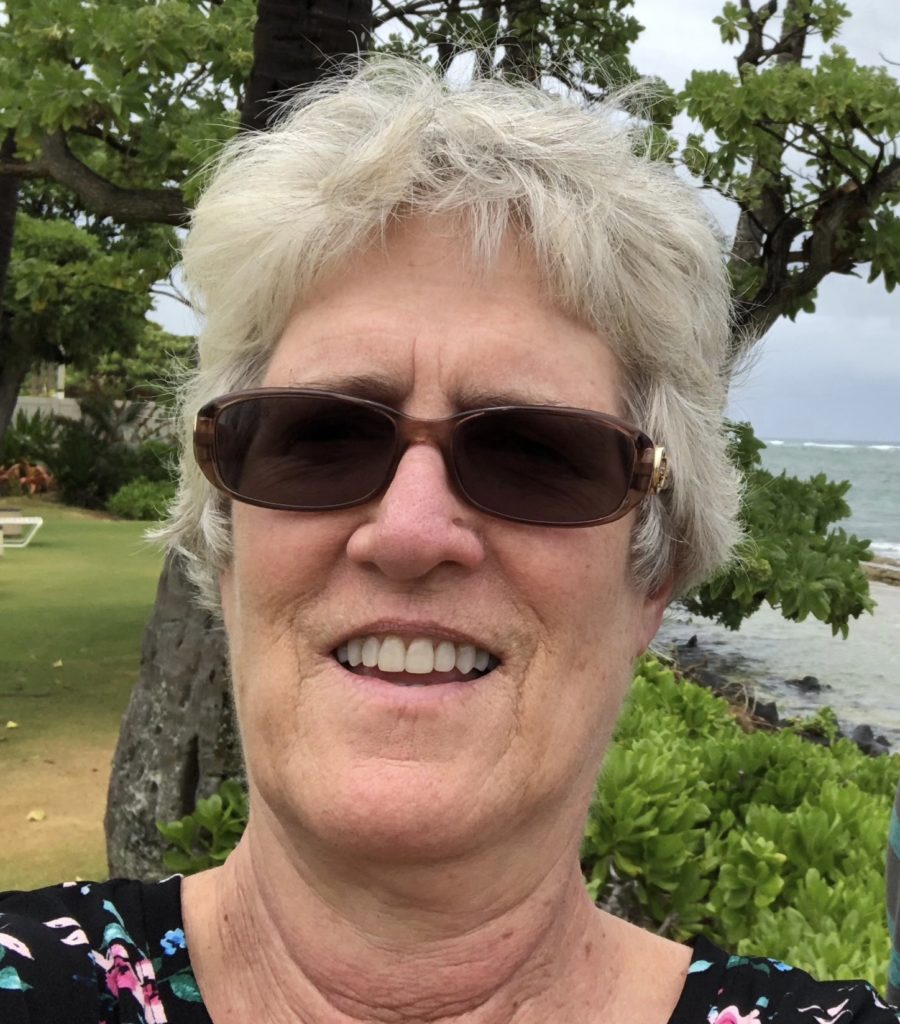 Barbara Bays has been volunteering with Yokefellow Prison Ministry at Polk Correctional Institution since 2015 and has been the Head of Prison Ministry at North Raleigh UMC since 2016. She has extensive experience in fundraising, networking, & media development and has a passion for prison ministry.

David Canady is a retired chaplain for the NC Division of Prisons who joined the Board over 10 years ago and served as President for several years. 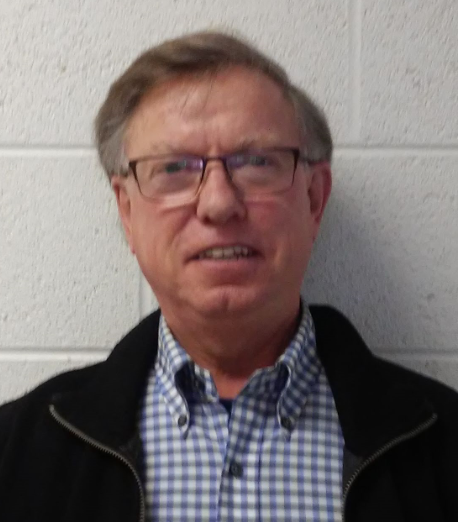 Rob Ferry joined the Board in 2015 because of his interest in serving Christ through prison ministry. He works as a consulting engineer with Trinity Consultants. Rob has been teaching Sunday School and occasionally preaching for nearly 30 years but was drawn to the Yokefellow listening ministry in 2000, even though his wife considers him to be totally inadequate as a listener! 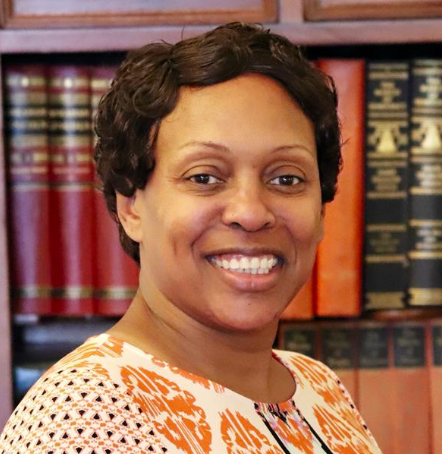 Patricia Gilmer joined the Board in 2019. She is attending Guilford Technical Community College studying Early Childhood Education and plans to open a childcare center in her community. She was inspired to get involved in prison ministry because it was something she could relate to, and she wanted to help people that were transitioning from jail/prison back into society and share with them her strength, hope, and experience. She heard a member of her church say that there would be a prison ministry meeting after church in the choir room, and she got excited and wanted to know more about how it worked and what they did. She got involved in 2018 and had the opportunity to go to the jail downtown and share some of her story and also tell the women about Jesus Christ our Lord and Savior. She always wanted to make a difference in someone’s life in any way that she could to help them to be a better person in life. She would like go to different facilities and talk with inmates and give them resources to become a productive member in society and get the support they need so they do not have to go back to jail/prison. 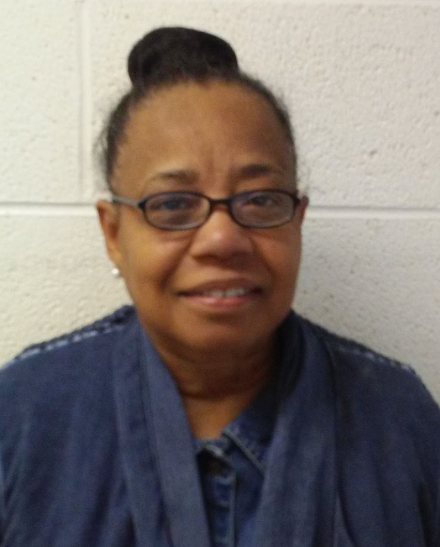 (Church of God in Christ – COGIC)

Frances Gladden joined the Board over 5 years ago. She is the President/Founder for Carolina Regional Transitional Care Inc. (CRTC) and is the Overseer/Volunteer for 21 counties for the State of NC Transitional Aftercare Network (TAN) Chaplaincy program. 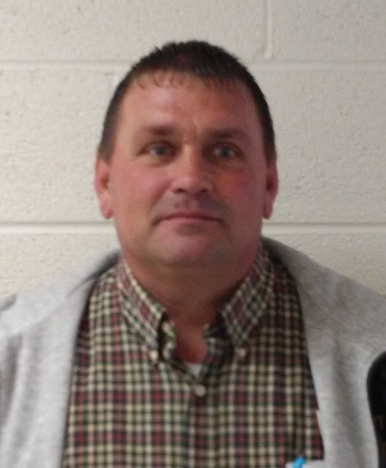 Steven Kitchens joined the Board in 2019 because of his experience with prison ministry. He is the owner of God Signs and the founder of 3A31 Freedom Ministries Inc., which recruits volunteers to sponsor minimum custody inmates to participate in pre-approved programs that benefit the community. 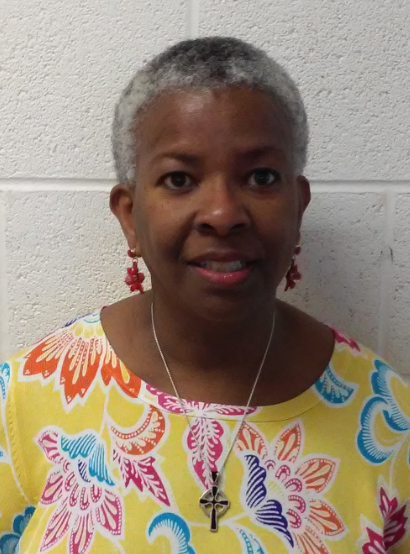 Yvette Morrow joined the Board in 2019. She serves as a volunteer in her husband’s ministry at Hickory Grove United Methodist Church.

Yvette grew up in the AME denomination; additionally, she was guided in her spiritual growth by her grandmother and her Baptist church.  However, she was disciplined in a deeper spiritual life in the Roman Catholic church of her young adulthood.  There she was heavily involved in “The City of the Lord,” a Catholic, charismatic, lay community whose members are called to a covenant relationship with God and one another.  She lived in the community and learned servant-hood and true concern for others.  During those years, she worked in the real-estate business and sold homes for Pulte Homes. While caring for her first husband, who struggled with cancer, she felt alone and needed the support, help, and love that she received from Christians. She knows the offenders who come to Yokefellow meetings also need Christian help. With her faith as a United Methodist, she believes she can add a spiritual dimension and support to the work of the Yokefellow Prison Ministry Board.

Corey Purdie joined the Board in 2019. He was a participant in Yokefellow ministry while incarcerated and is now a volunteer with Yokefellow at Carteret Correctional Center in Newport. He served as the keynote speaker at Yokefellow’s annual meeting in Burlington a few years ago. 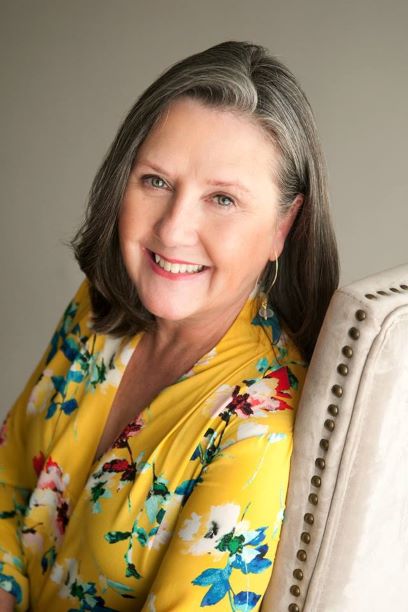 Cathy Robertson is Vice President and Broker In-Charge at T.E. Johnson & Sons, a Professional Property Management firm in Winston-Salem. A native of Lexington, NC, she has spent 26 years in the rental housing market throughout the Triad. In her career, she has had the unique opportunity to meet families in their homes and sees firsthand the void that people without Christ are seeking to fill and the many, often destructive ways they are trying to fill that emptiness  She sees entire generations that don’t know who Jesus is. Cathy has a passion to impact the lost with the gospel of Jesus Christ. She believes God has called her to accomplish this through relationship-building, her voice, and service in the community. In addition to Yokefellow, she is active locally through Davidson County Project Re-entry Council, the Community Solutions Housing Committee, and the Experiment in Self Reliance Advisory Board. She is a member of Reynolda Rotary club, where she chairs the Community Outreach Committee. She enjoys serving the local and state REALTOR community on the REALTORS PAC and Joint Legislative Committee. NC REALTORS Diversity Committee and NAR Single Family Investment Committee. Cathy was named property manager of the year by the Winston-Salem Realtors Association in 2018 and was given the Citizenship award for 2019. 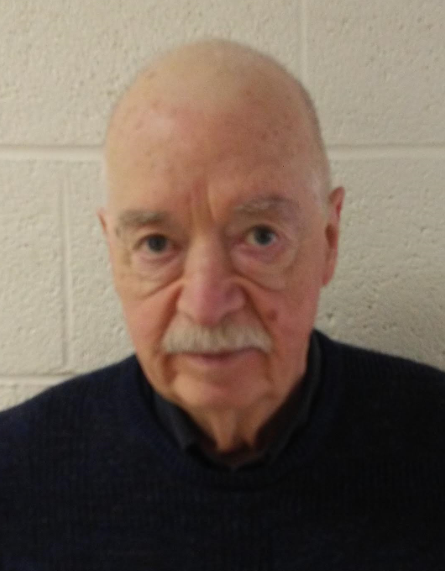 John Tector joined the Board because of his experience with Yokefellow Prison Ministry at Polk Youth Center in Butner Federal Correctional Complex. He is retired from North Carolina State University.